Thank you to those who are supporting Daylight now, and those who supported us last year, in 2012!

In 2012, supporters gave a total of $96,383.46 to Daylight; a 16% increase over 2011. Of this total, $57,373.46 was donated to the Daylight General Operations Fund, which covers the cost of Kenyan staff salaries, food and classroom materials for students, and community outreach projects. Five percent of these general operations resources also supported development projects for Daylight classrooms and dormitory. And we are happy to report that only 8% of general fund donations were used to cover administrative costs. 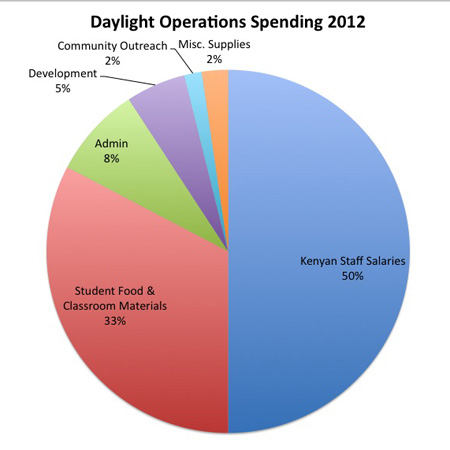 Many people also responded to special, designated costs, such as building development, supplies for the new dormitory, U.S. staff salary, travel, and dairy cows. Daylight raised $39,010.00 for these special projects in addition to the general operations fund. 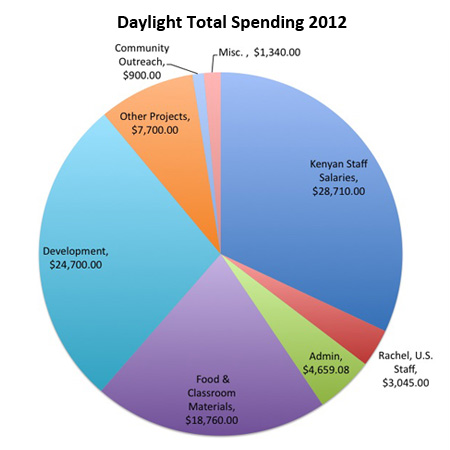 Note: In June 2012, Rachel Finsaas began working for Daylight as U.S. Director of Operations after fundraising her own salary. Nathan Roberts continues to volunteer his time.

Rachel Finsaas
US Director of Operations
Daylight Center and School