Leah loves her 7th grade science class and wants to be a lawyer. 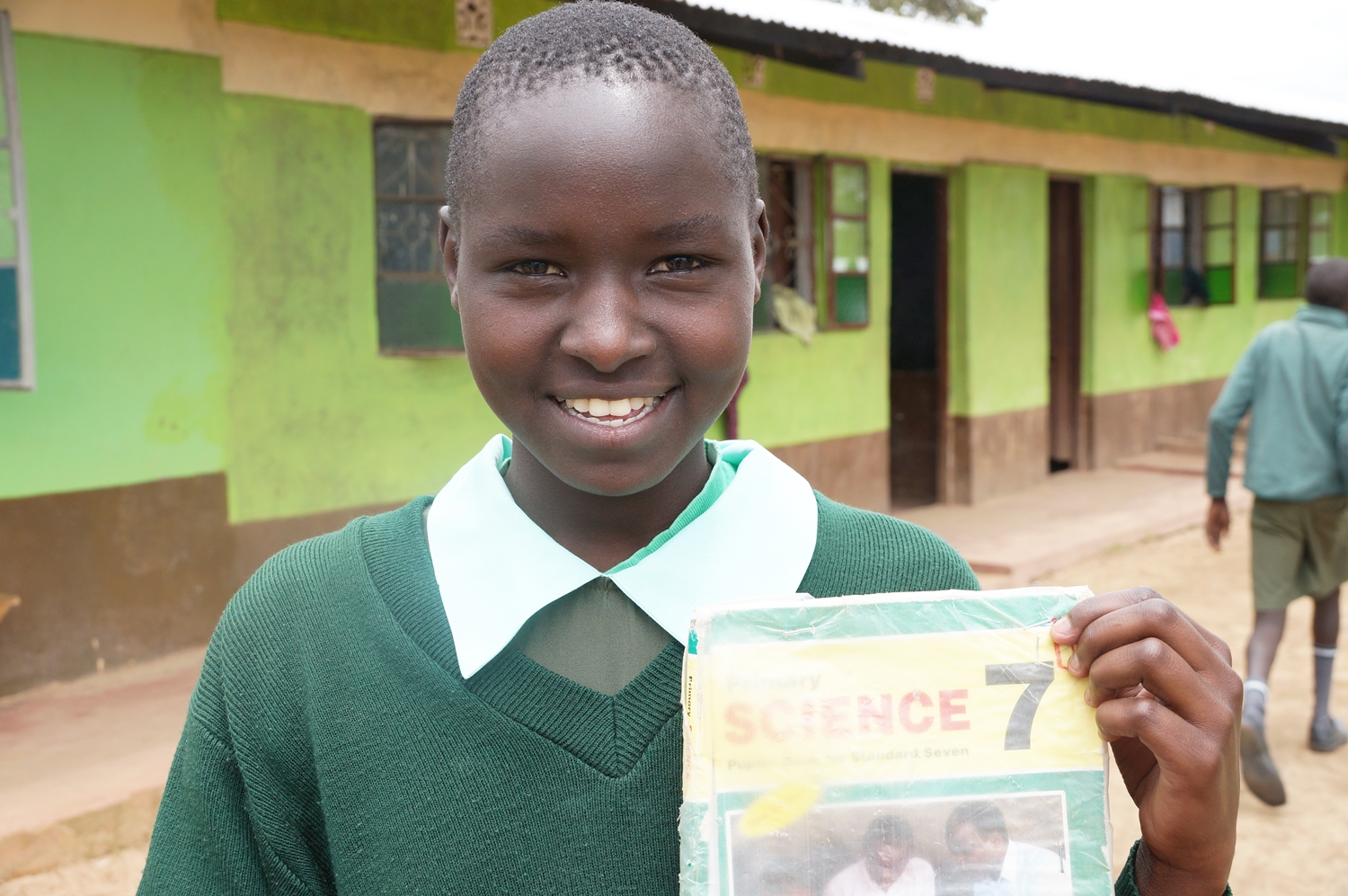 “I like learning about the human body. I want to learn more about how my body works. How organs process food and your lungs help you breathe.” Leah said.

Daylight is helping Leah learn the science she needs for her farm. And her teachers have instilled in her a passion for serving those in need.

Whatever amount you give, we will put it to use quickly for Daylight’s students. There are a few ways you can make your 2017 pledged donation:

1.  Fill out the online pledge form and contact Elodie at info@daylightcenter.org for information on making recurring gifts through your bank’s bill pay system.

2. You can give online through PayPal at daylightcenter.org/support-us

Thank you for helping Leah grow and learn. Their friendship is possible because of your support.

Eunice is in 6th grade at Daylight and she is curious about everything. 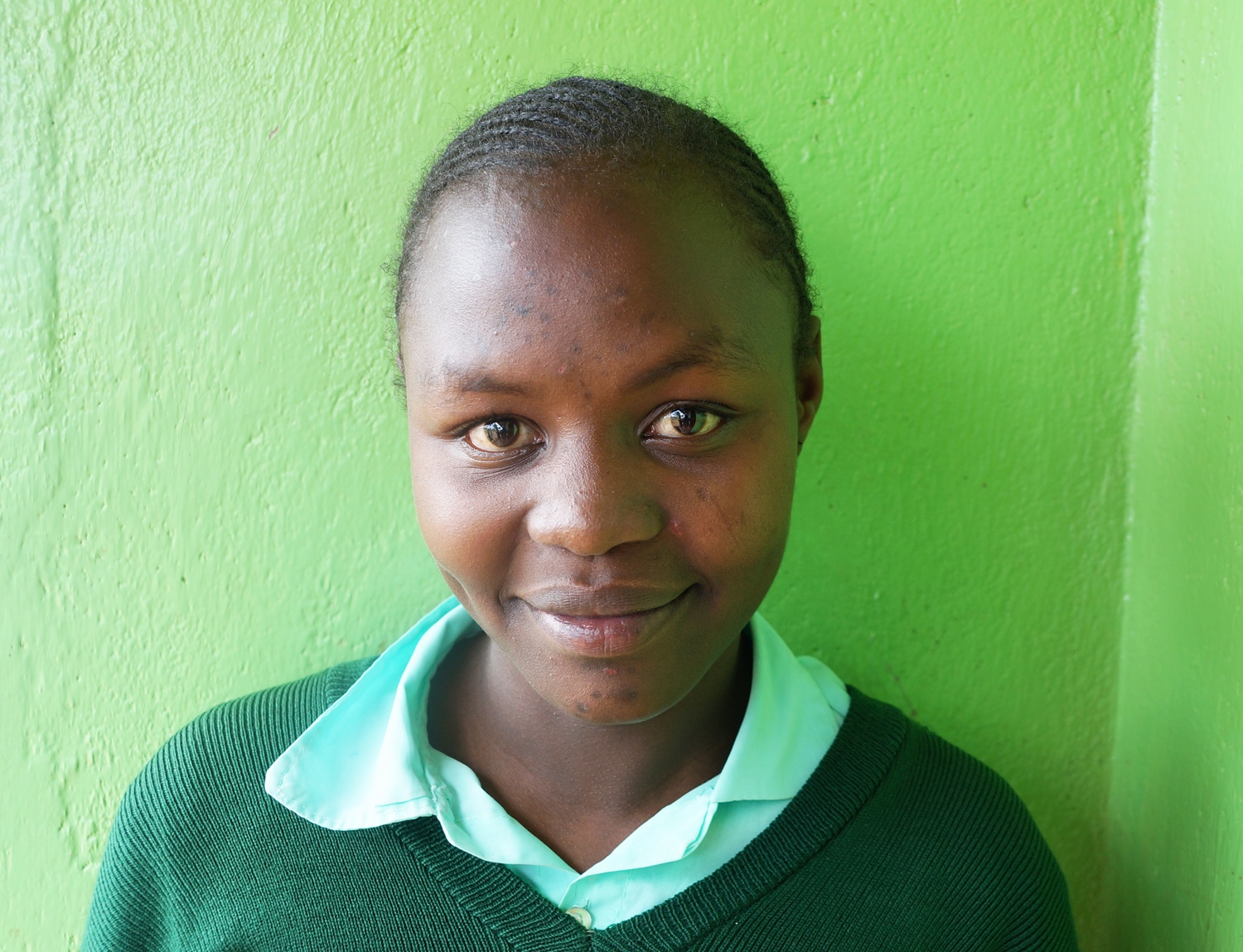 She loves learning about how cow’s milk gives people energy in science class, she studies hard in Swahili class because she believes “learning our national language will help people from different tribes become one Kenyan people.” She wants to combine her talents to be a nurse so she can help people. And she is already well on her way.

When Eunice says she wants to be a nurse her friend Magdalene smiles. “Last month I got really sick with chest pain and had to go to the doctor. And Eunice agreed to come with me because I was scared. And as I was sitting in the hospital, she put her hand on my chest and asked me how I was feeling.” 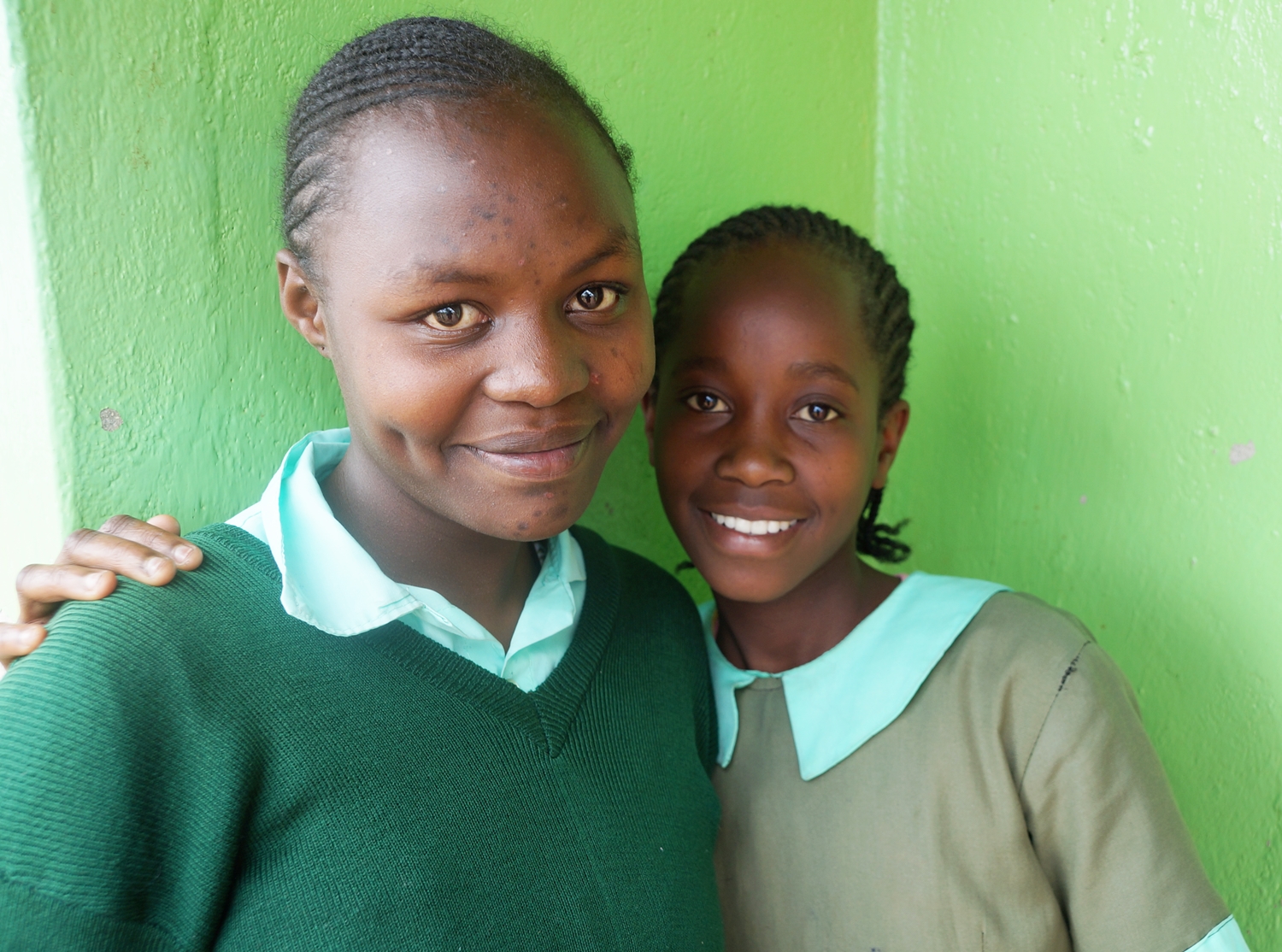 Magdalene pauses and smiles wide. “My friend Eunice will be a very good nurse.” 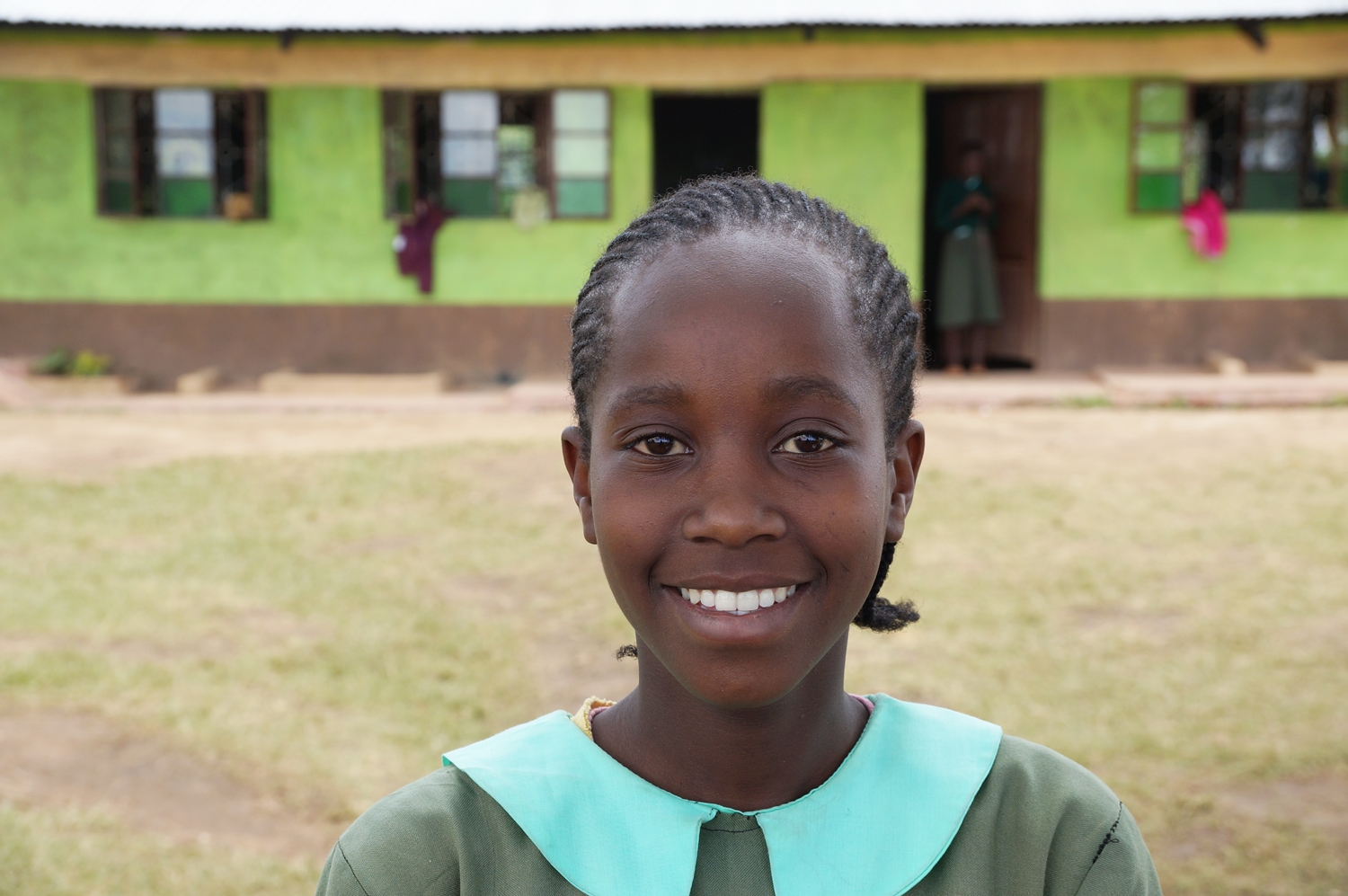 Whatever amount you give, we will put it to use quickly for Daylight’s students. There are a few ways you can make your 2017 pledged donation:

1.  Fill out the online pledge form and contact Elodie at info@daylightcenter.org for information on making recurring gifts through your bank’s bill pay system.

2. You can give online through PayPal at daylightcenter.org/support-us

Thank you for helping Eunice and Magdalene grow and learn. Their friendship is possible because of your support.

Daylight students consider it a point of pride that they have friends in America. That people from the other side of the world care about them enough to help them go to school and send them encouraging letters. 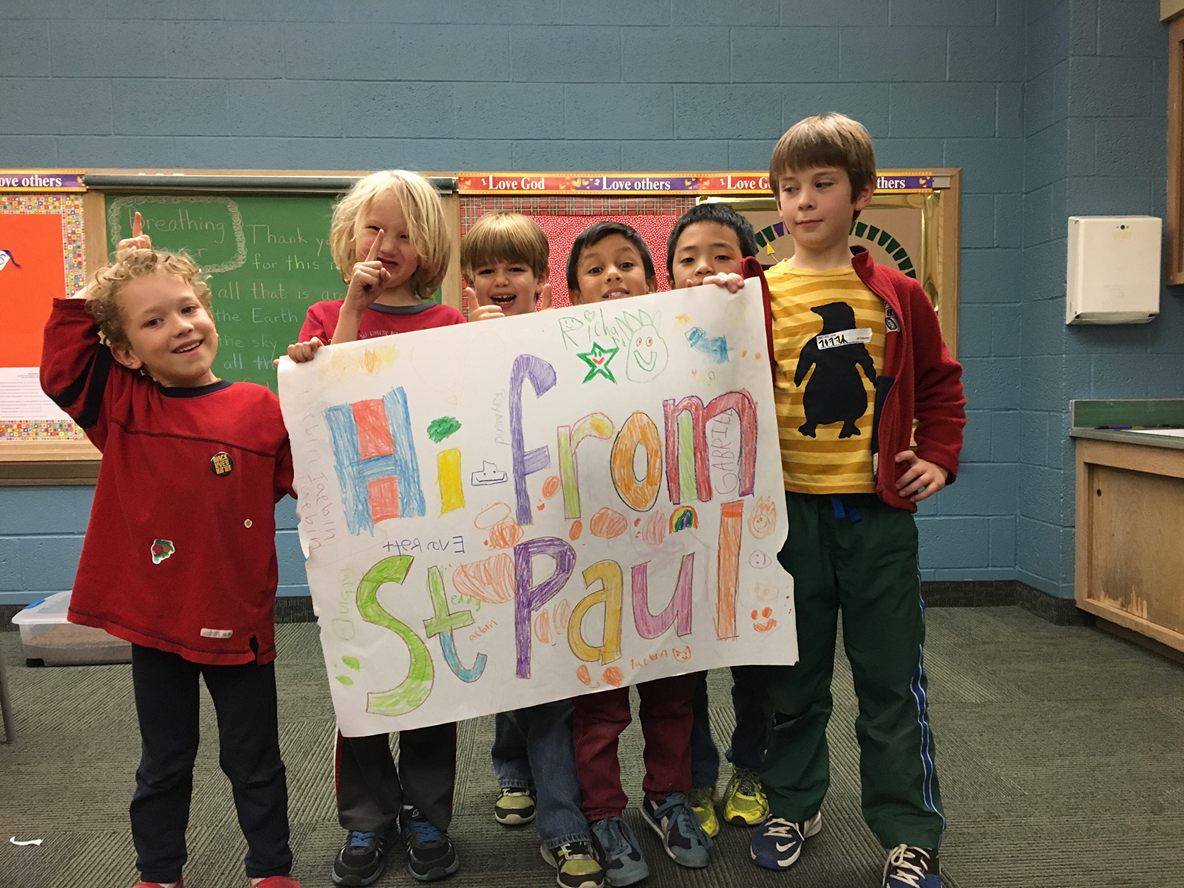 This last month we were so excited to see that two of our partner churches held events in support of Daylight.  The children of House of Mercy Church in St. Paul helped in their church’s gift market and made these SUPER CUTE signs sending their love and support to our students in Kenya! 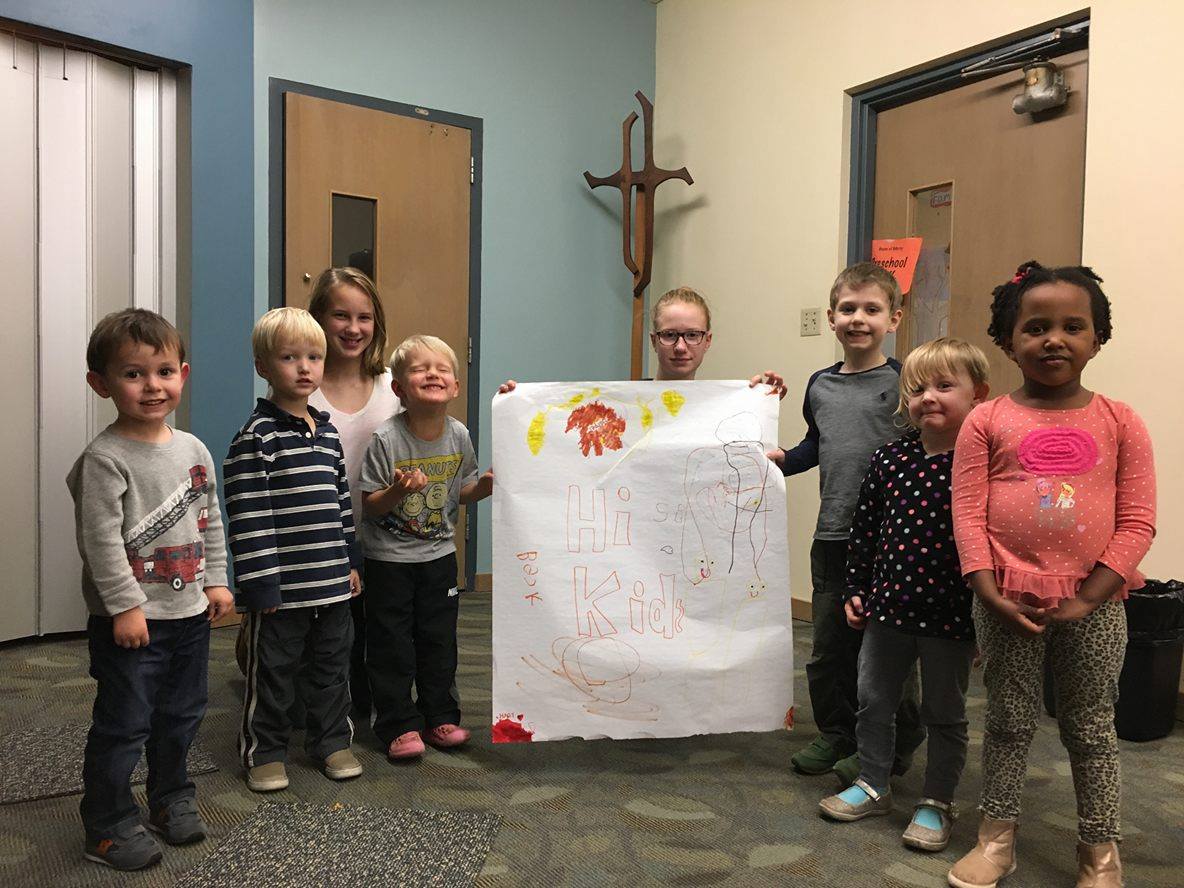 And the families at First Presbyterian in Stillwater held an alternative gift market to support Daylight!

To House of Mercy, Stillwater, and to all of you who help make their education possible, the Daylight students want to send back a big “Jambo! Thank you very much!”

Our Medical Team, comprised of three doctors, two nurses, a firefighter, a pastor, an administrator, and two capable drivers, was ready for an adventure. We spent two weeks in Kenya where we put over 2000 km on the vans zig-zagging across the countryside. 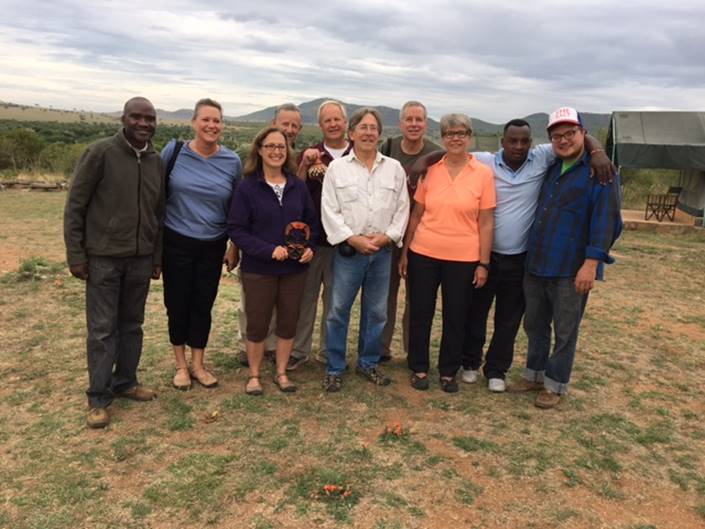 Our team held free community clinics at both Daylight campuses and saw over 300 community patients! 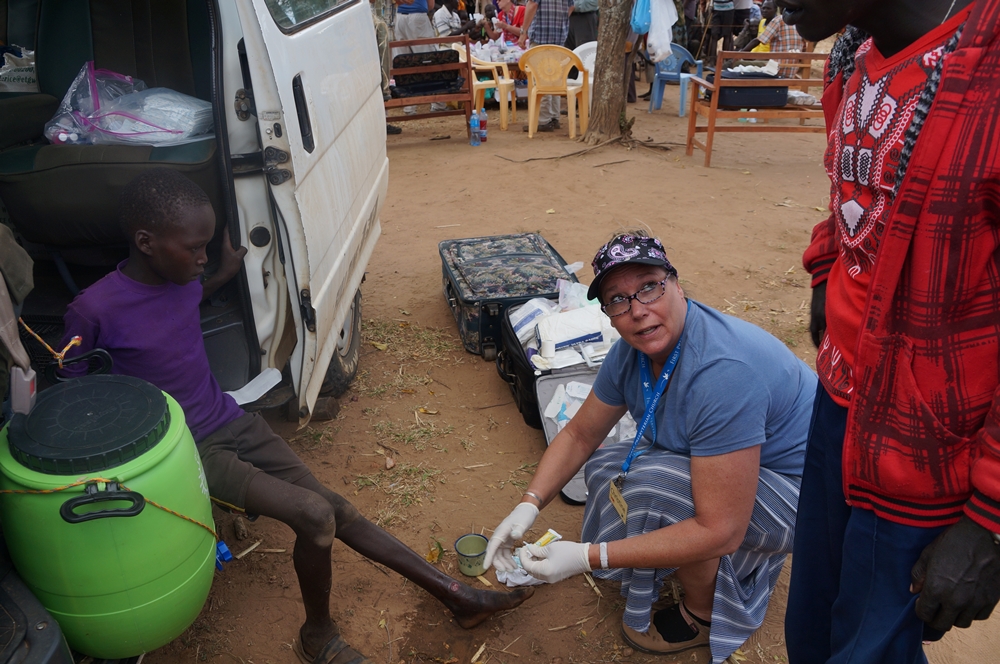 Bandaging wounds and handing out medicine in our village school in Alale. 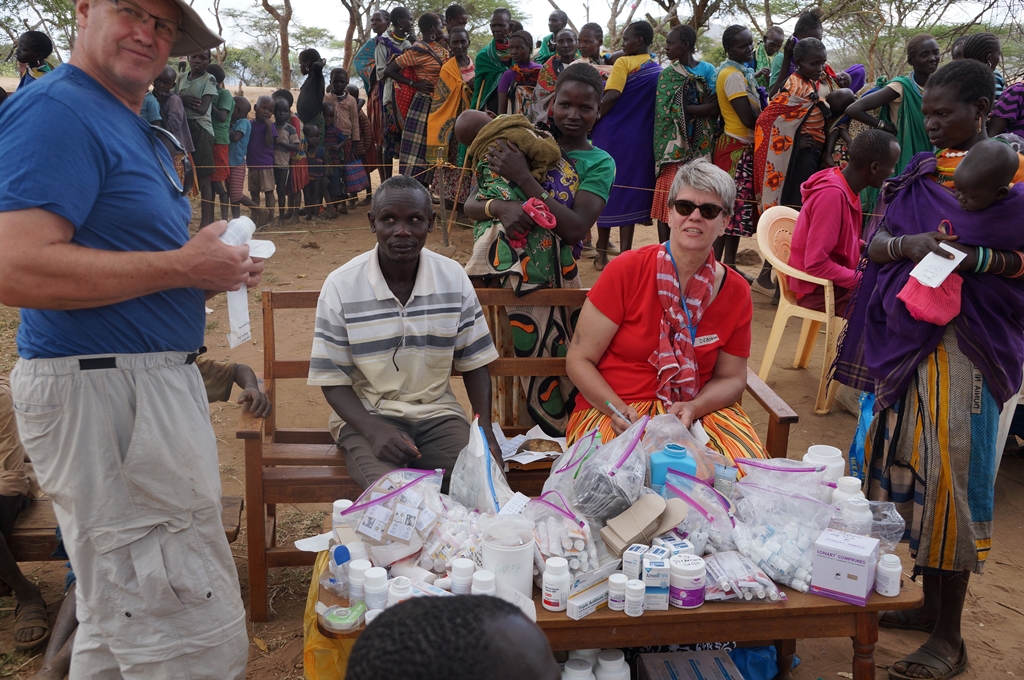 Ms. Rael, who just graduated Pre-School, got her check-up with Dr. Snellman. She is excited to start Kindergarten in January! 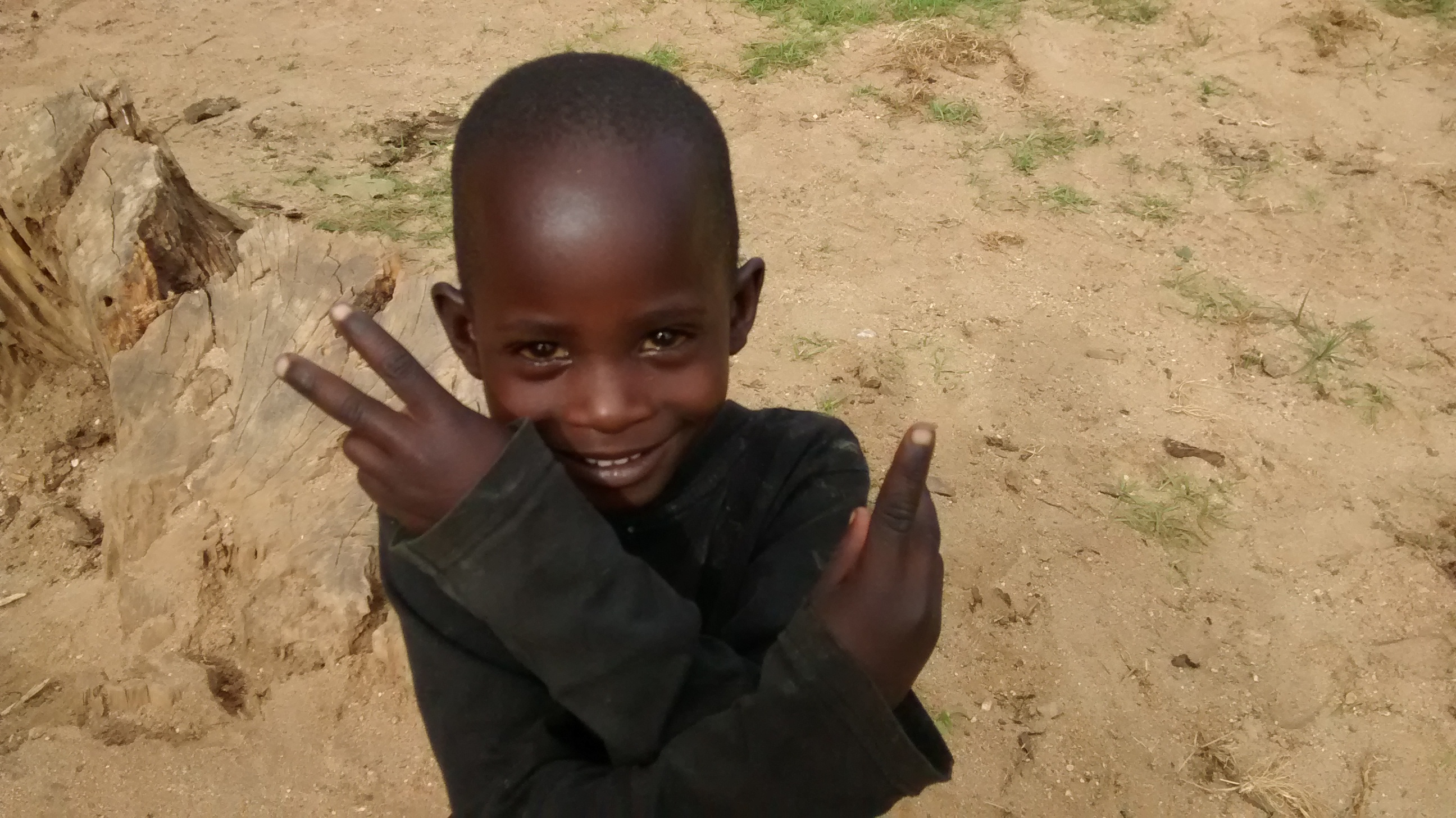 We also got to connect with some great friends. Nathan especially enjoyed the opportunity to hang out with Angelina “Mama” Kimpur as they greeted patients waiting to be seen by the doctors. 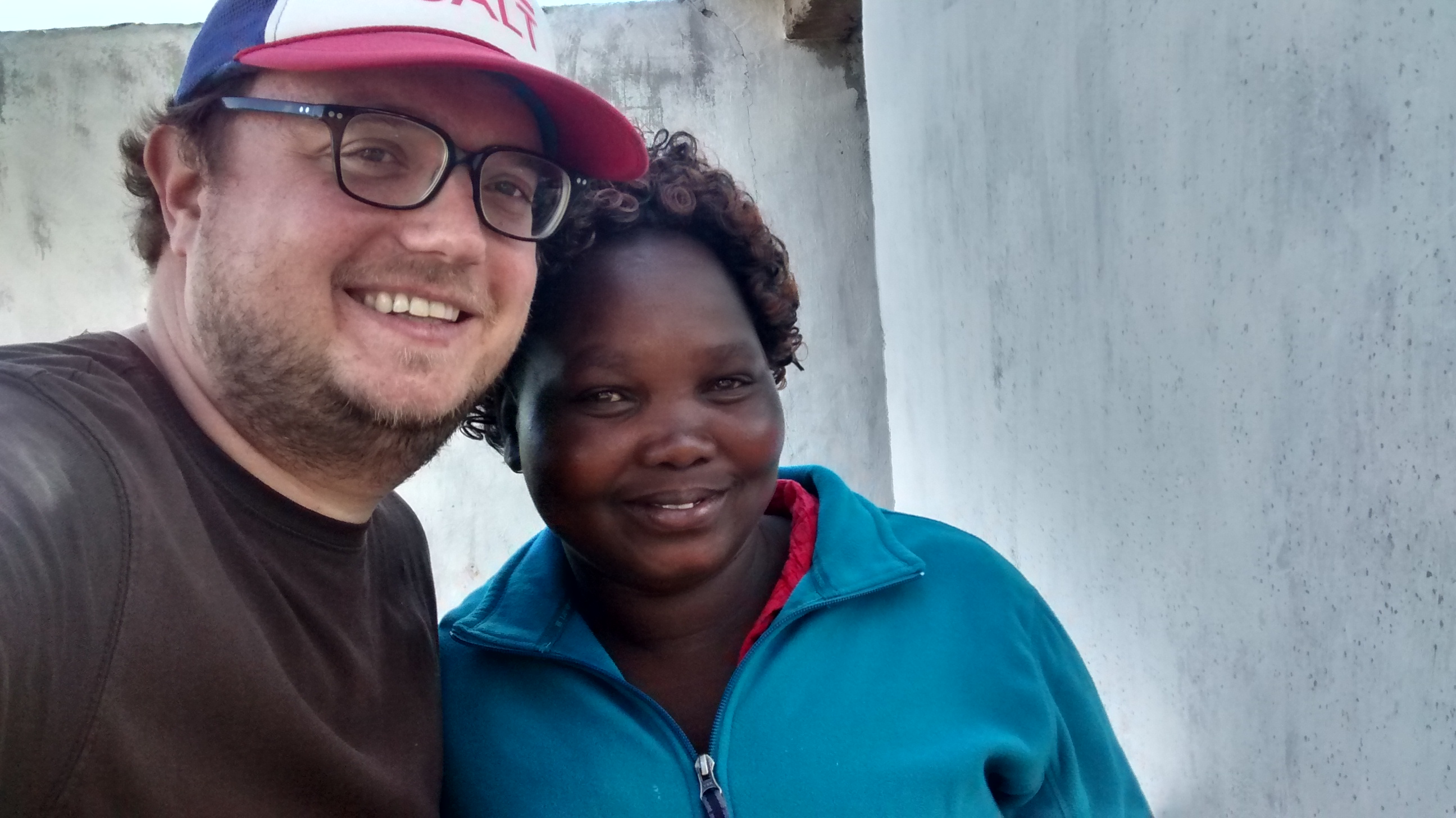 Thank you for making this incredible and life-saving community clinic possible!

A Disobedient Hunter by Kelvin Mnang’at is a creative retelling of a traditional village story by an 8th Grader at Daylight! It is one of many in “Under the Mukusu Tree,” a collection of stories written by our 8th-grade students.

A Disobedient Hunter by Kelvin Mnang’at

A long time age, people lived peacefully in the forest. They worshiped Thunder, the god of the skies. Thunder loved his people and provided them with everything they needed. There were many kinds of animals and birds for them to hunt and eat. 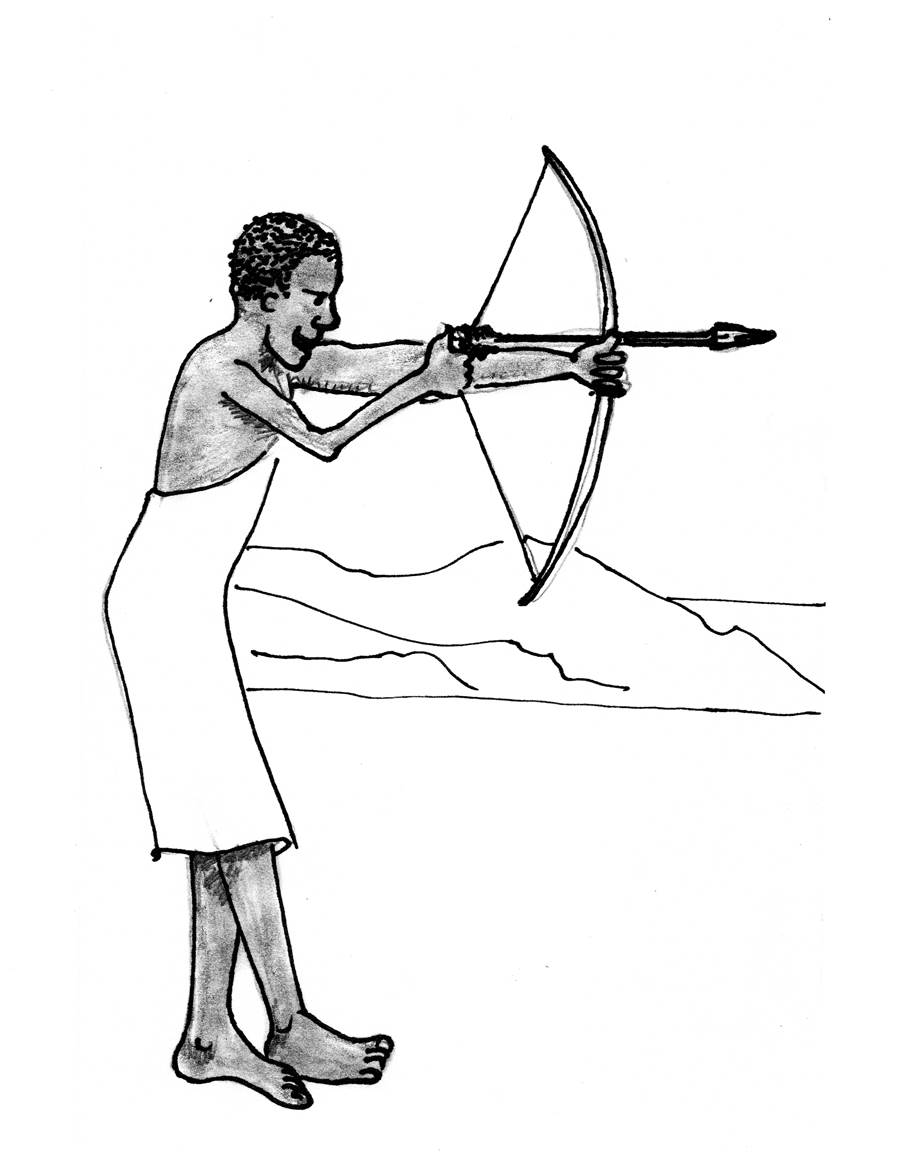 For many years, the people lived happily. There they obeyed Thunder and took care of him. The young men were trained to use their bows and arrows only for hunting. Thunder, however, warned the people that they should never kill any multicolored bird.

One day, a group of young men went out to hunt. Among them was an expert hunter called Wango. Wango was proud and stubborn. The hunters killed enough animals and were on their way home when they stopped near a pool to drink water. While they were drinking, they saw a reflection of a very beautiful bird in the water.

“Look!” one hunter called out. “What a beautiful bird is in the water!”

“Is it really a bird?” Wango asked. “It has four legs and its head is very big. I’ve never seen such a strange bird.” They all looked up and saw the most beautiful but the strangest bird they had ever seen. It was perched on a tree above the pool. The colors of its feathers were many and they looked like a rainbow.

The hunters could not believe their eyes. They thought they were dreaming. “That creature can’t be a bird,” Wango said. “Have you ever seen a bird with four legs? We should shoot it. Perhaps its meat is very tasty.” With that he aimed his arrow at the bird.

As if it could understand what the hunters were saying, the bird flew lower down the tree and looked at them. The hunters realized that apart from its beauty and size, the bird had very bright eyes that looked at them strangely. They were afraid and tried to persuade Wango not to shoot it. Wango did not listen.

Wango told his fellow hunters that they were cowards. He shot his arrow but neither he nor the other hunters lived to tell whether it hit the bird or not. In the twinkling of an eye, they were all struck by lightening. A deafening thunder and very heavy rain followed. It rained so hard that many people died.

The creature Wango had tried to shoot at was the son of Thunder. Thunder was so annoyed with the people’s disobedience that he sent old age, sickness, poisons, and accidents. Since Wango shot at the son of Thunder, people have died and the people of the valley are no longer happy.