You may have already heard about the drought effecting our Kenyan friends. Due to low rainfall many of the Kenyan crops failed. Including most of the crops at Daylight’s own farm which help feed our children. 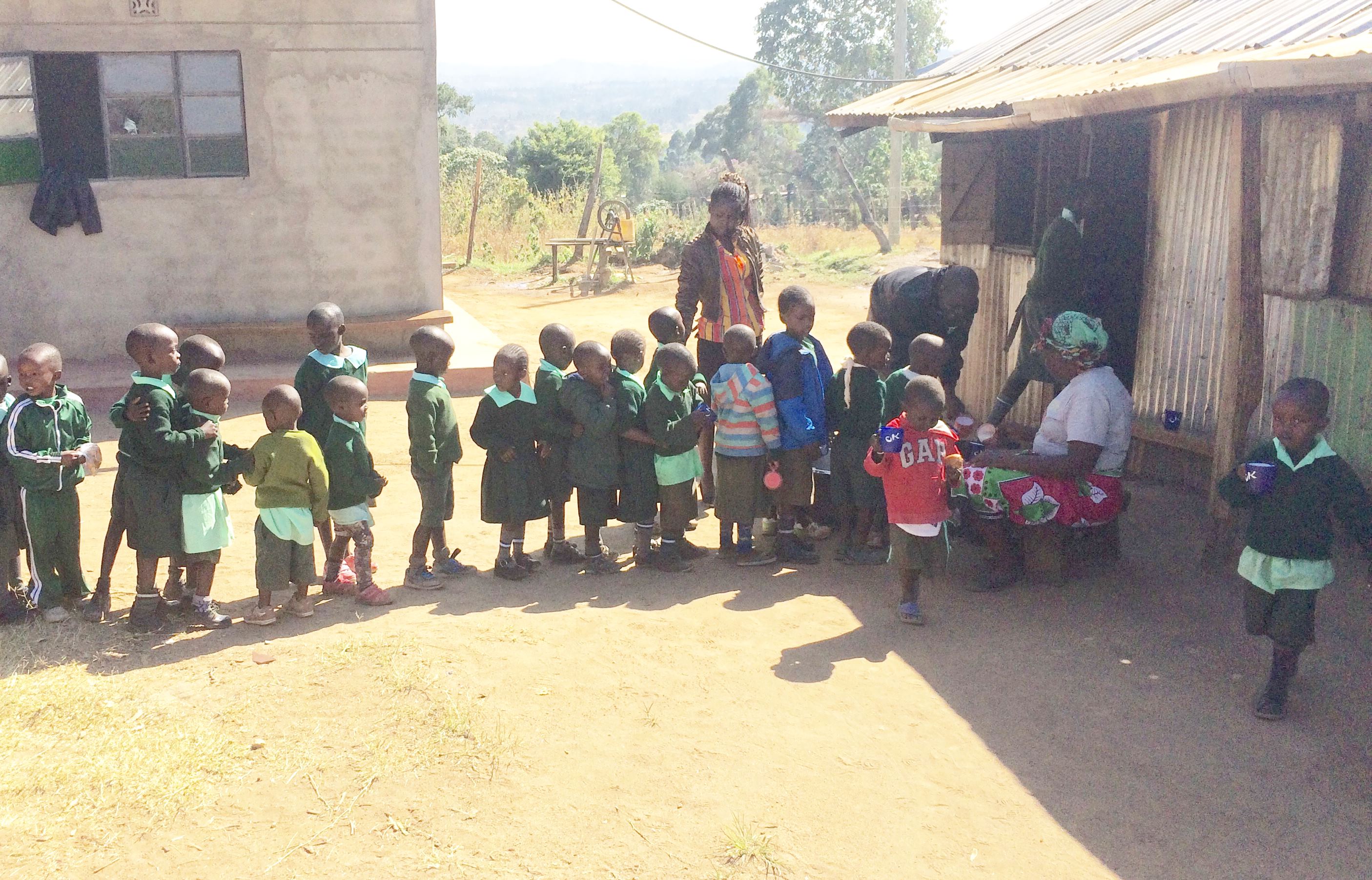 In this difficult time we are committed to continuing to educate, feed and shelter our Daylight students – to be a place of stability and hope.

But we need your continued financial support to do this.

Each month we send $5,100 to our Kenyan friends at Daylight for food to feed our 400 students, for money to pay our generous teachers and staff, and for the living expenses that keep things like the cooking fires going.

With pledges from donors we have about $3,000 in commitments per month, but still need $2,100 monthly from individuals like you. Most months we can make up the gap with special gifts, but not yet this month. This is drought season…

Do you see yourself helping us to fill this gap? Would you like to make a pledge for 2017 to help us meet the daily needs of our students and staff? Most Daylight supporters help by giving $50 per month, but what if you could close our gap this month with a gift of $2,000?

You can give to Daylight, make a pledge, or support in another way.

However you choose to give, we are so grateful. Your gifts are as essential as water in the dry season and food in a drought. 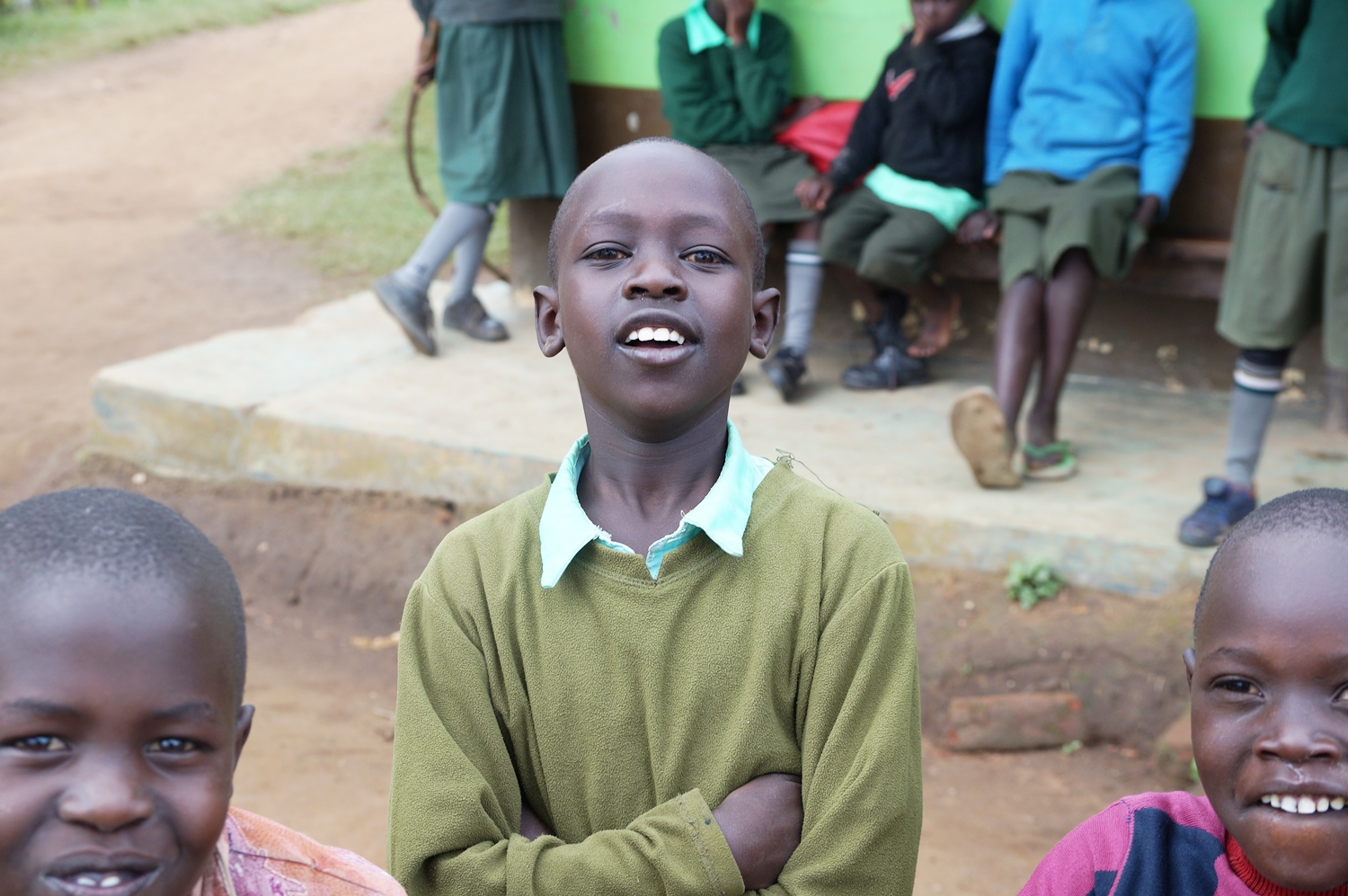 We are so excited to have our Daylight Partners joining with us to raise funds for new bedding for Daylight dorms! We have 70 children in our current dorm and are looking to expand in the coming year. 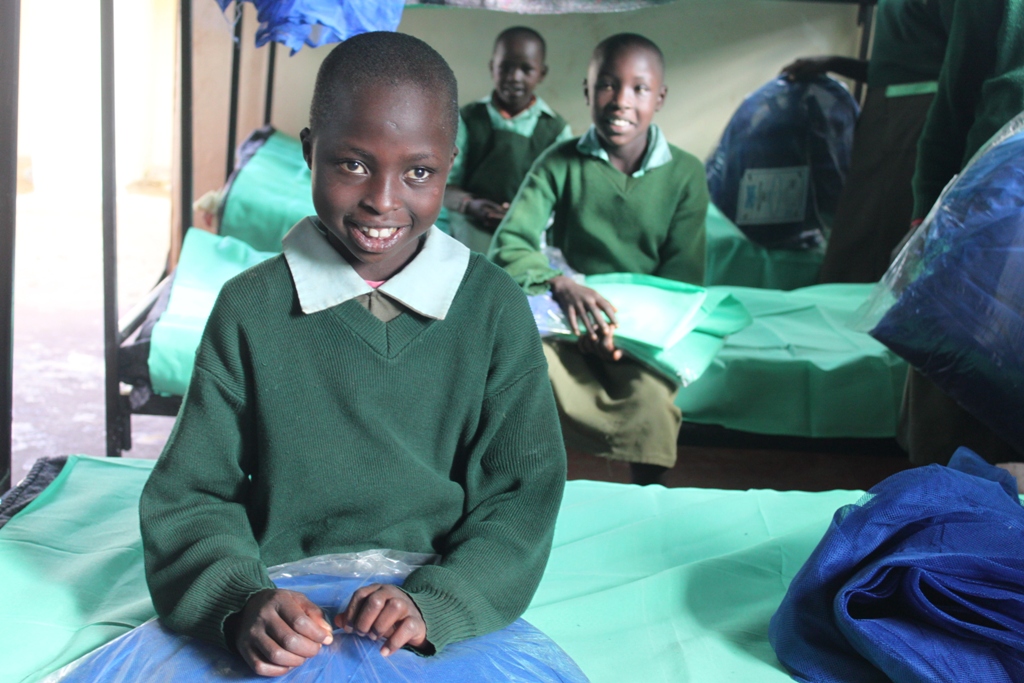 Our partner organizations, House of Mercy, Solomon’s Porch, Linden Hills UCC, and Edina Morningside UCC, made bunk beds out of popsicle sticks to remind people to give during the next six weeks of Lent.

We got this great report from Linden Hills: 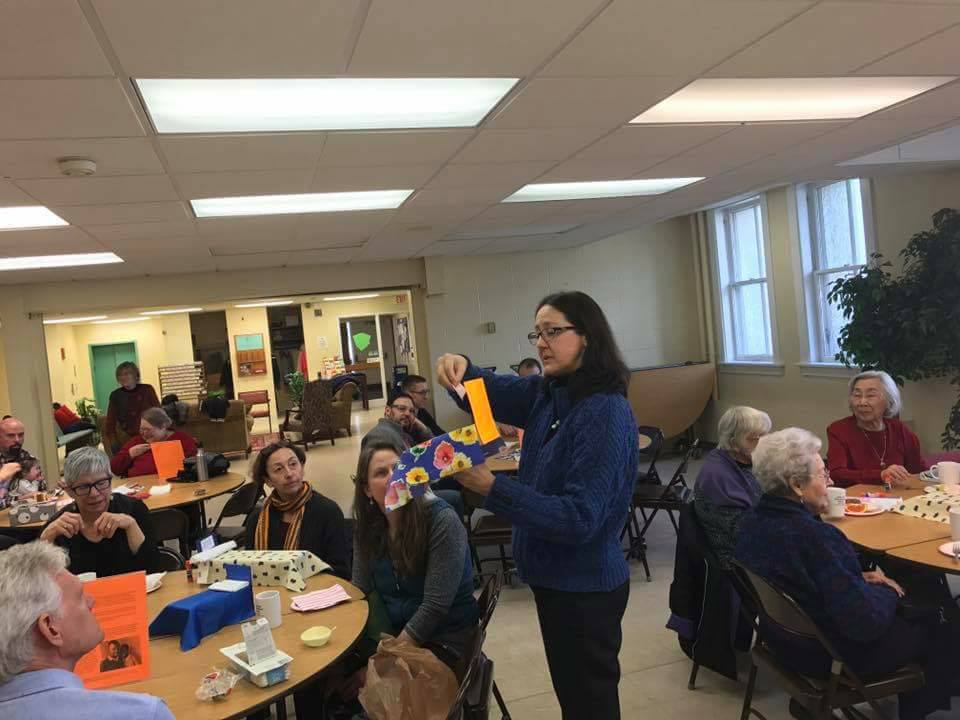 “Following worship was our Daylight Kenya kick off event. During coffee hour we assembled miniature bunk beds! These beds will offer a daily reminder of the children at Daylight Kenya and also serve as a ‘piggy bank’ to which we will add our coins and dollars during Lent.” 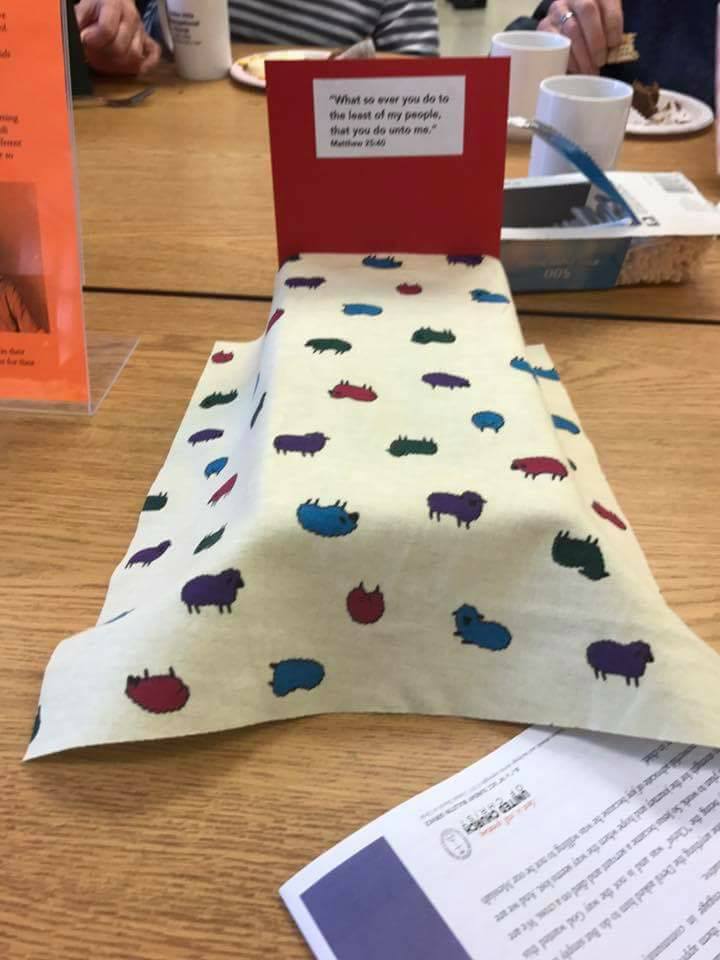 “Each week in Lent there will be a story about the students and their experiences in Kenya. At the end of Lent we join together and dedicate our offerings and then send them to the students at Daylight Center and School in Kenya. What a beautifully blessed morning here at Linden Hills UCC!”

Thank you for your support and your partnership as we support our children at Daylight!

We will hear the words “Daylight” and “Saving” many times this weekend. I hope it reminds you that Daylight is literally saving lives. 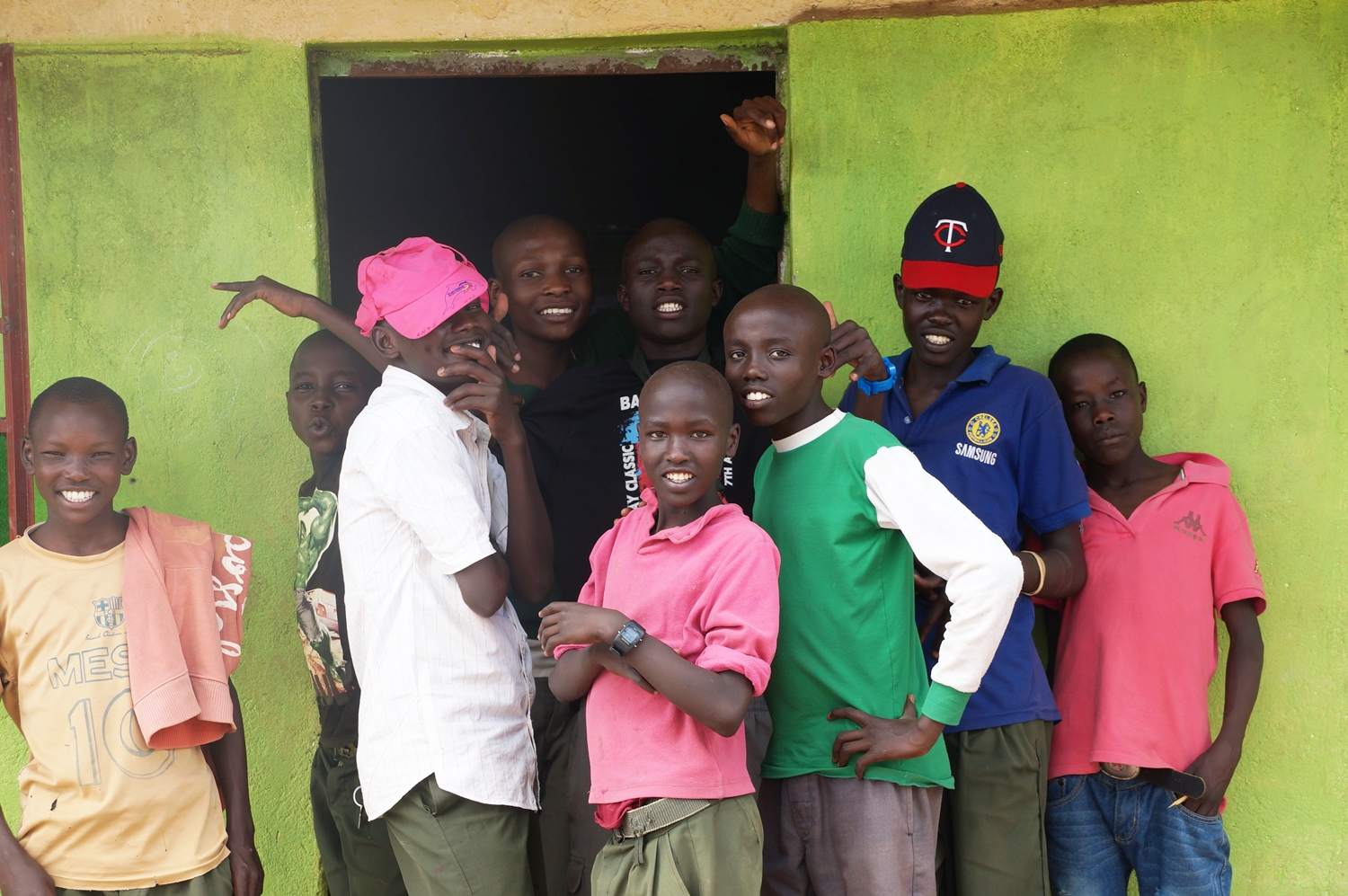 Without Daylight many of these young men would not be going to school. They might be spending their days in the hot sun herding cows, working long days picking corn on their family farms, or looking for low paying work at a local shop. 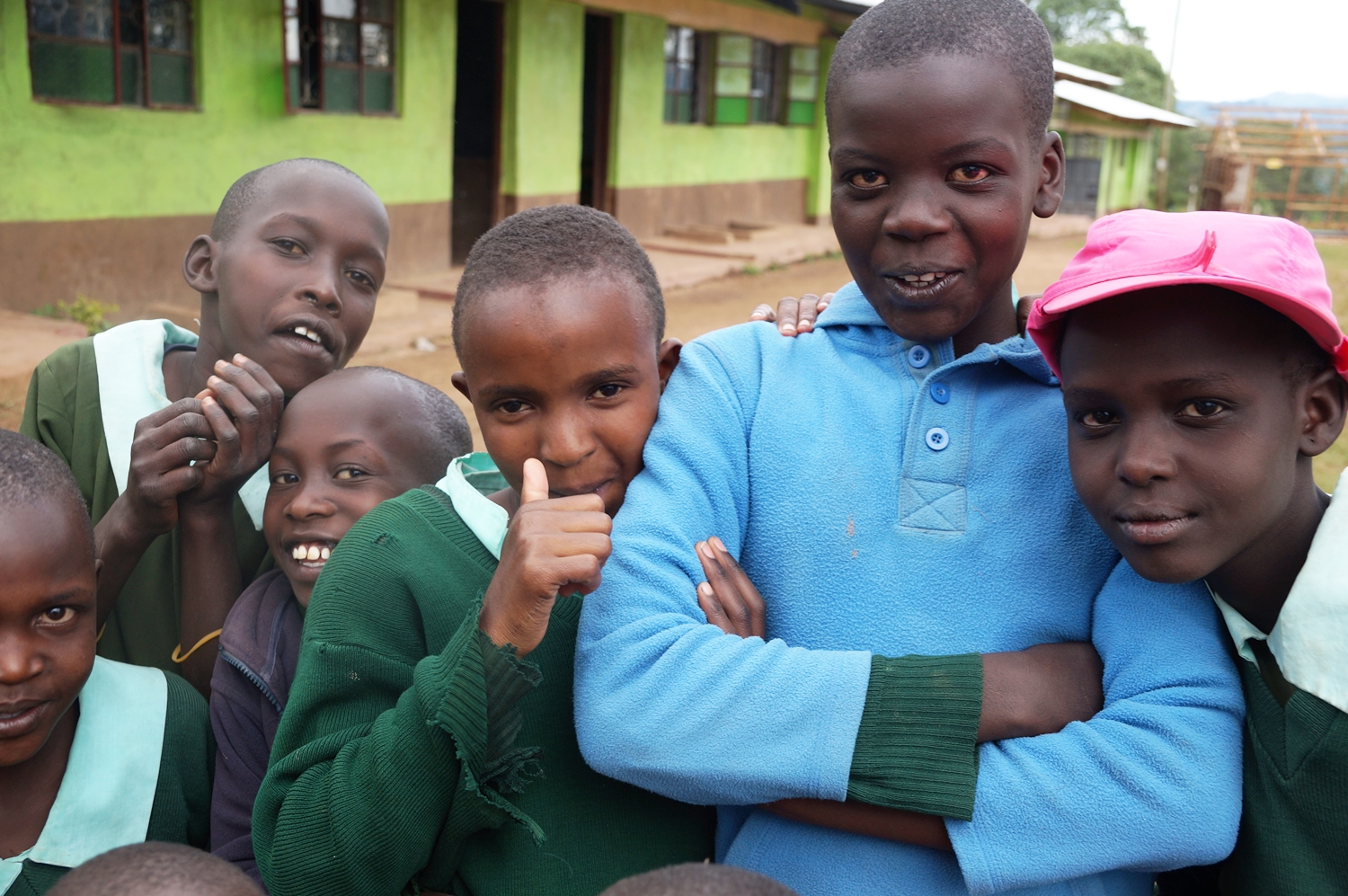 Without Daylight many of these young women would be at home taking care of their brothers and sisters. Some would be panning for flecks of gold knee deep in the river, some would already be married.

But Daylight gave these young people an opportunity to learn, to grow as leaders, and gave them a passion for serving their community.

This Daylight Savings Time, remember that you saved more than an hour, you saved lives.

The Proud Ostrich by Sharon is a creative retelling of a traditional village story by an 7th Grader at Daylight! It is one of many in “Under the Mukusu Tree,” a collection of stories written by our students.

The Proud Ostrich by Sharon

Long ago, there was a great famine in the land. There was not a drop of rain for many months. Day after day, the sun shone and there was not a cloud in the sky. There were a few crops on the banks of tiny streams, but the rest of the land was dry and bare. Fires spread far and wide and there were many dust storms. Birds could not sing any longer as they were so hungry. The wild animals thought they would all die unless rain fell in the next few days.

But day after day, the sky was clear. Water was so scarce that the lions even began to drink the morning dew from the grass. The hyenas and jackals also drank the dew, as did the moles and the fox. They prayed that someday soon, there would be enough for all them to drink. However, it appeared as if their prayers would not be answered.

The animals decided to have a meeting to see if they could think of a way to save their lives. The ostrich joined in, as well. It was agreed that he was more like an animal than a bird.

All the animals joined in except those who were sick. There were all kinds, big and small, young and old, flesh-eaters and grass-eaters. It was sad to see them so unhappy and sickly. They were all as thin as pieces of thread.

When Lion, their king, arrived, they all stood up. “Without water, we shall die,” they cried.

“We have come to this place to talk about a very important matter. It is a matter of life or death,” said Lion. “I suggest we dig a deep well near the fig tree across the Kagare Valley. Perhaps we can find enough water there to wet our tongues. The sooner we start, the better. There is no time to waste.”

For a time, no one spoke, not even the brave leopard or the cheeky hare. Only the aged tortoise said, quietly, that the lion’s idea was very wise.

The moles, the anteaters and the other small creatures were frightened when they thought how deep the hole would need to be before they could reach water. But, no one could think of a better idea. Lion decided they should all start to dig the well the next day. Once Lion makes a decision, it is final!

At dawn, Giraffe blew the horn very loudly, so no one could say he had not heard it. Jackals, hyena, moles, anteaters, tortoise, rats, ostrich, zebra, and many other animals arrived. They all came with spades and shovels and started to work. Though they were all very weak, because they had had neither food nor water for so long, they worked as hard as they could. They wanted to finish the well in one day.

Suddenly, hare noticed that ostrich was not working. Instead, ostrich flapped his wings about in a proud way. This made the other animals very cross.

“You take the shovel, next,” Hare said to Ostrich.

“I can’t dirty my pretty feathers,” said Ostrich. “I can’t get all muddy. I came here to wait until the other animals found water for me to drink.”

When the other animals heard this, they chased Ostrich away.

“I don’t want to drink your muddy water,” said Ostrich. “I shall fly far away, to a country where the rains never fail.”

Digging the well was hard and dangerous. Five rats, one gorilla, three moles and two tortoises died while they were working. But, finally, they reached water.

All the animals jumped up and down and danced when they saw the water. They were mad with joy. They all drank and some washed themselves, while ducks swam about happily.

One day, Hippopotamus was on guard duty at the well when Ostrich came along, singing merrily;

“You can’t have even a sip of water from the well,” said Hippo. “You refused to join us in digging the well.”

“Please don’t think I didn’t want to work,” said Ostrich. “I just don’t want to make my beautiful feathers dirty. You should always be proud to see me with clean feathers. If you were a bird like me, you would know how good it is to be clean. I am not really an animal like you.”

Hippo was very kind, and when Ostrich gave him some feathers, he said Ostrich could drink as much water as he liked.

When ostrich had drunk his fill, he went away singing;

The next day, Ostrich came again to the well to drink some water. As he came near the well, he sang;

But this time, Donkey was on duty and not Hippo. Donkey was very angry when he heard Ostrich and was not going to let him drink water from the well.

Just as Ostrich bent down to drink, Donkey gave him a hard kick. Ostrich ran away and has not been seen since.