On June 5th, Daylight’s staff and dear friend Peter Losenguria’s younger brother suffered a gunshot wound while he was herding his cows. Limaye Loitapira is a small scale farmer who herds his family’s cattle in the desert. As he was grazing the cows he was shot by armed cattle bandits who ambushed him in an attempt to kill him and steal his family’s cows.

Limaye narrowly survived a gun shot wound. The bullet entered his back and traveled through to his neck and mouth, missing vital organs. He was rushed to MOI Hospital a hundred miles away. He underwent surgery and is currently recovering at the MOI Hospital in Eldoret about an hour from Daylight School. Peter is with him. 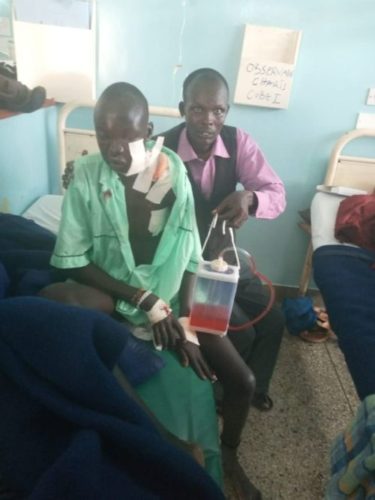 He will be recovering at the hospital until he has stabilized. 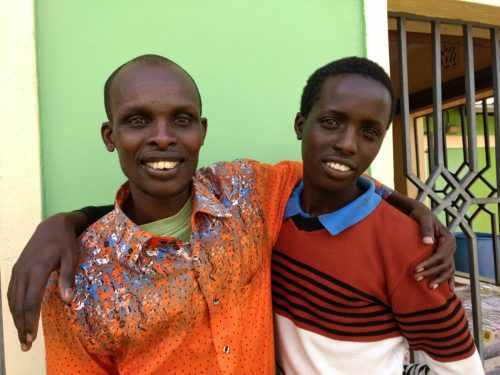 Peter and his son Nicolas
Peter Losenguria has been a vital part of the  Daylight family. He is an ambassador for education in his community, an advocate for our students. 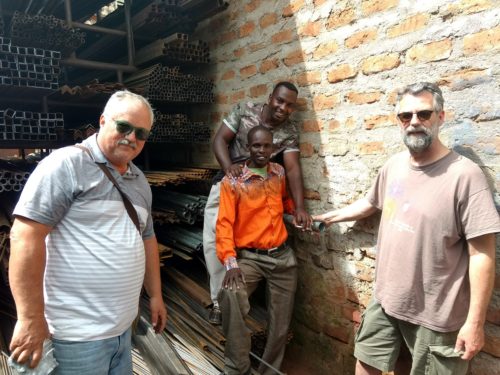 Peter is also an experienced travel guide for our US visitors while they serve at Daylight Center and School. 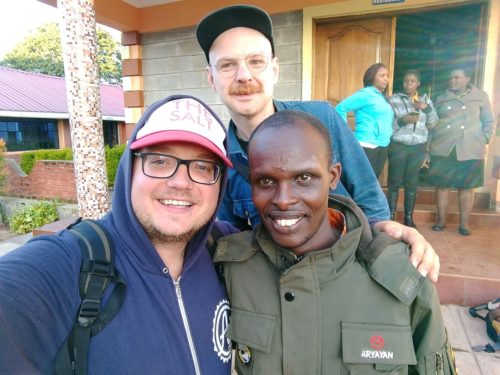 The family is asking to keep Limaye in your thoughts and prayers during this critical post trauma period. The medical costs, which could be several thousand dollars to the family, will be a significant financial strain for a family.

Daylight has an emergency medical fund to help students, staff, and community members in crisis. If you would like to help defray Limaye’s medical costs please consider making a special donation today.

Checks made out to Daylight Center with Medical in the Memo may be sent to the address below.